Third Wave
Artificial Intelligence Technologies
“Till 2030, it is expected that artificial intelligence will contribute 15.7 trillion dollars to the global economy and grow economy of countries by 26% on average.” 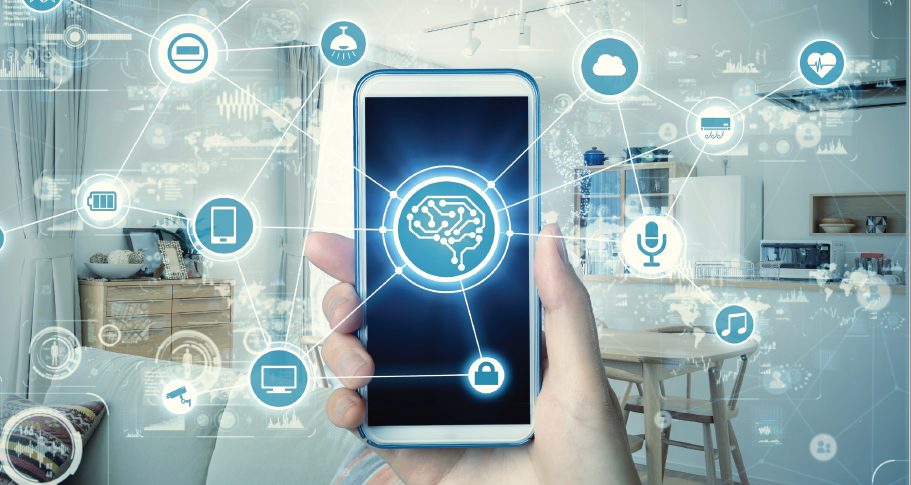 As the use of smart systems is increasing rapidly nowadays with the improvements in technology and processing power, artificial intelligence is widely used in wider areas such as telecommunications and aviation, as well as medicine and defense sector.

Nearly 70 years ago, the vision of artificial intelligence was to build machines that could think, learn and reason like humans.

As the researchers were unable to converge somewhere close to human general cognitive abilities, they have started to focus on solving very specific, narrow 'intelligence' problems - and artificial intelligence has been practically applied in this way until nowadays. The first artificial intelligence systems were developed with the method of "find problem-solve-code solution-apply" method. These systems were labor-intensive, using traditional programming and mostly rule-based approaches. Their application areas and development were limited. The old-fashioned approach was called GOFAI (Good Old-Fashioned AI), that is, "Beautiful, Nostalgic Artificial Intelligence" and this period is left behind as the "First Wave".

Artificial neural network algorithms were developed based on human learning processes. Just as the neurons in the biological nervous system interact with each other, the structures defined as neurons in the artificial neural network systems were modeled to be interconnected. The aim here was to obtain skills such as learning, memorizing and revealing the relationship between data, as well as artificial intelligence.

Second wave without slowing down

The period that had been started with the above mentioned studies and accelerated with the deep learning approach, which allowed the development of multi-layered artificial neural networks, especially with the developments in technology and processing power in the 2010s, was called the "second wave".

In the second wave, narrow-scope artificial intelligence applications those developed using deep learning; takes place in all areas of life with successful results they produce in specific, well-defined tasks. The most popular of these are the driverless cars, which are the combination of multiple narrow AI solutions. It has abilities those can be analyzed under 3 main titles as perception, decision making and control, and customized solutions for specified jobs. But the same results cannot be obtained, for example, by taking the self-driving decision-making application that determines the driving decisions and applying it directly to a van. On the other hand, a person who knows how to drive a car will be able to actively drive a minibus shortly after getting behind the wheel of the minibus. This is because human intelligence is very good at abstraction, can easily generalize solutions, and apply these solutions to similar but different problems. But second wave artificial intelligence applications cannot do this.

Another limitation of second-wave AI is its dependence on large amounts of training data. For example, a deep learning algorithm to be developed to recognize cats needs to be trained with tens of thousands of cat photos in order to yield an acceptable level of accuracy. This is something a three-year-old can achieve after seeing just a few examples.

Third Wave artificial intelligence systems will include dramatic improvements, especially in contextual adaptation capabilities. Since they will understand the context and the meaning, they will be able to adapt more easily to the environment they are in and to the problems that need to be solved and to produce appropriate solutions. Third wave artificial intelligence systems will not only recognize the cat, but also explain why it is a cat and how it came to this conclusion.

The ability to explain the rationale behind a number of decisions is an important aspect of human intelligence. This ability is important not only in social interaction but also in establishing a relationship of trust between people. The fact of explanation is an indispensable element for artificial intelligence systems and their end users. The ability of artificial intelligence to explain its decisions to the end user will create trust in the end user, as well as the verification of the system, improvement of the system, and a full understanding of the principles of learning from the system, especially for the field of defense.

Explainable Artificial Intelligence carries out making necessary research to create models that can be explained to a certain extent in the first place, and then making a fully research. However, it is defined as a very new and very important area of ​​research and development that aims to introduce new and more advanced machine learning methods compared to existing techniques in order to develop and combine them with explanation techniques. It enables users to be able to understand and interpret new generation artificial intelligence systems. On the other hand, it aims to help them to trust the applied artificial intelligence methods and to effectively manage the systems of which these methods are a part.

Third-wave AI systems will focus on learning a lot more similar to how people learn, rather than being trained with an enormous amount of tagged training data. This will not only reduce the dependency on large data sets, but also fix the problem of misleading training data. In this context, deep reinforcement learning is one of the important techniques that can eliminate the dependency of working with labeled data. In deep reinforcement learning, the learning machine, called the agent, reacts to the situations it encounters and receives a numerical reward or punishment in return. The learning machine works to maximize this reward point it receives. Studies on deep reinforcement learning, which has an approach similar to human learning, can provide important breakthroughs in the field of human-level artificial intelligence.